Muscat combines the charms of an old world Arab enclave with the amenities of a fast paced metropolis. Nestled between the turquoise blue waters of Gulf of Oman and the rugged mountains of AI Hajr Al Sharyi, here you will find a harmonious blend of traditional culture, cuisine, arts and architecture with the unbridled energy of modern life. No doubt, Muscat embodies the finest of the Middle East. Winter is the best time to visit Muscat. It sprinkles the city with a myraid of colours. Flowers and green plants pop up from nowhere painting the alleys and parks with a variety of colours. It is as though the spring has descended on the city sprinkling her floral possessions all around. It is nothing short of a
lifetime’s delight to drive around the city in the winter months. There is no parallel to the scientifically constructed network of roads and artistically designed roundabouts and the structures that greet the visitor as he traverses across the city. On their way out of airport visitors
will be greeted by artificial water cascade right across the airport, the Date Palm lined pavements of Al Azaiba, the colourful sculptures and figurines that dot the way, the shining domes of the mosques and the roundabout in Wadi Kabir. There is much more that pleases the eyes and
fills the soul of a sightseer. The low lying buildings which are mostly painted in white and light colours merge beautifully with the pristine surroundings. A perennial serenity prevails in the city. After getting acquainted with the capital of Oman plan your trips to explore the interiors.

The forts of Al Jalali and Al Mirani which stand as sentinels at the entrance to Muscat bay are the city’s prominent landmarks built in 16 th century AD. Mirani, originally shaped like a tower was built before the arrival of the Portuguese. The Portuguese rebuilt it on the ruins of its old structure in 1588. The building was enlarged to its present size during the reign of Imam Ahmed bin Said, the founder of the Al Busaidi state in the 18th century, and his grandson Sayyid Said bin Sultan, at the beginning of the 19th century. The construction of Jalali Fort was completed by the Portuguese in 1587. It is rebuilt to its present structure during the reign of Sayyid Said bin Sultan, and this Fort was restored and converted into a museum in the reign of His Majesty Sultan Qaboos bin Said.

The beautifully grandiose Al Alam Palace is the ceremonial palace of His Majesty Sultan Qaboos bin Said .Built in 1972 it has a fairytale facade of towering gold and blue pillars wrapped in wrought iron and edged in green. Visitors can approach it on foot via the Kebir Gate in the old city walls for best views. Though they are not allowed inside even the outside is impressive. Al Alam Palace is surrounded by the Mirani and Jalali Forts built in the 16th century by the Portuguese.

The parks and gardens in Muscat infuse life into the city that it is carved out of an arid and rocky landscape. It is as though the desert and mountains have bowed out to make way for the verdant magnificence.
Apart from the floral beds and greenery that line the city roads, the parks and gardens give the city a dab of lushness. Qurum Natural Park opened in 1993 is the largest park in Muscat. It has a large boating lake, a fountain, waterfall hill and Sultan Qaboos’ Rose Garden as main attractions. The design exploits the nature and topography and creates a wonderful ambience to the visitors. Riyam and Kalbou parks are the most popular evening spots in the city. Overlooking the sea, they not only impress the visitors with their location, but also with their design and purpose. Riyam park provides a stunning view of harbour and sea cliffs. Here one can go on the numerous rides that rock the park in the evenings. While in Kalbou take a stroll or dip a line to catch fish. The sprawling Al Naseem Park, some 30 km away from the airport, the Quriyat Lake Park and the Rose garden in Qurum are also among the favourite picnic spots in and around Muscat. If you are interested to learn about the rich heritage of the Sultanate, drop into the four main museums in the city, which include the Omani-French Museum, Bait Al Zubair and and Bait Al Baranda.

The Omani-French museum operated by the Ministry of Heritage and Culture at Qasr Al Alam Street in old Muscat depicts the art and culture of France and the traditional connection of the Sultanate with the French people. The museum was initially the residence of French Consul and was known as Bait Faransa which means house of France. It was presented as a gift by the Sultan Faisal bin Turki to the first French Consul in Muscat in 1896. It was opened on 29th January 1992 by His Majesty Sultan Qaboos bin Said and the late French President François Mitterrand. The museum displays furniture, clothes and photographs of the early French diplomats, and contains historical documents, and modles of Omani – French ships in addition to Omani and French costumes and jewellery.

The Bait Al Baranda visitors’ house is window to the past of Oman. The history of Oman from the time of formation of the landmass, the progress of human civilization to the achievements of modern Oman is portrayed here. Models of ancient cave houses, relics and detailed information on different ages are displayed here. The other important museums in the city include Museum of Omani Heritage located at Al
Alam Street and operated by the ministry of heritage and culture, The National Museum near Al Fallaj hotel Ruwi and the Children’s Museum at Shatti Al Qurum near the Qurum Natural Park

If beaches are your passion, then Muscat has some of the cleanest and most serene beaches in the world where you could relax after a busy schedule. Facilities for water sports including skiing, aqua biking and kayaking are available at some of the resorts. For the adventurous types
there are a large number of Scuba diving centres in Muscat. While some of these beaches are within city limits, others are at some distance, but given the special attributes of these beaches, it is worth all your time to go there. The Aviation Beach in Al Azaiba and the Qurum beach are the closest from the city centre and they make excellent picnic and barbeque spots. If you happen to be at Qurum beach during a low tide and you are a beach stroller, then take a four km walk towards the stylish embassy area of Shati Al Qurum. Driving away from the city,
climbing and descending mountain roads, you reach the Bandar Jissah and Qantab beaches. Near Qantab is a fishing village and once you hit the beach, local fishermen would offer to take you fishing in the immaculate waters. Bandar Jissah is a rocky coastline and those with a penchant for small time adventure can climb the rocks at the foot of the cliffs when the tide is low. A little beyond this place is the Oman Dive Centre from where you can go on diving excursions or take your first lessons in under water exploits. Talking about beaches, one cannot ignore the coast beyond Qurriyat. Of the beaches that nestle between rocky outcrops, Mokallah captures prominence. A night out on the shore is what you can plan if you have this White Beach in your agenda. Head southeast from Muscat with your camping paraphernalia for a night under the sky. It would be the best way to unwind after a whirlwind tour of the capital. The Sawadi Beach which stretches past the Wilayat of Barka is one of the places where you can bring your spirit of adventure and love for leisure together. The Sawadi beach is strewn with seashells of unimaginable variety. You can take a boat ride around the little rocky islets sitting pretty at short distances from the shore. While you steer through, don’t miss to catch a glimpse of the coral reefs and the schools of fish in the shallow, gleaming waters. If the tide is low, you can wade across to the fort atop the cliff in the sea and behold the blue green expanse beyond. After this, get set for some brisk adventure. Ocean Extreme is a diving center attached to the Al Sawadi Resort close to the beach and it facilitates a wide range of water sports. If your craving for adventure is still not satiated, then go for the big one. Dimaniyat Islands Natural Reserve lies about 18 km from the coast and it is a fascinating world of marine and avian life. It is also one of the best dive centers in Oman. Since it is an area protected by law, it is mandatory to seek permission from the Ministry of Regional Municipalities and Environment before embarking on the trip.

Muttrah Harbour and fish market near Muttrah Corniche is one of the interesting sites that tourist love to stop by and watch the live activity of fishing boats coming home with their catch and fishermen selling their fresh catch. Muttrah Harbour is a circular, deep water, natural anchorage, where tankers, barges, ferries and cruise ships mingle with traditional Arab dhows. From early morning till 10 am each day the harbour is home to a bustling fish market where visitors can see, hear and smell the catch of the day from the rich marine life of the Arabian
Sea being unloaded and sold. You can see different types of boats and ships bringing loads of catch, with the birds flying around the sea side producing their beautiful voice. In side the market there is a vast selection of ocean-fresh fish, squid and crab to choose from. There are special areas where the cutting of the fish is done. The variety of different type of fishes in Oman sea gives an idea how Omani sea is rich of marine life.

Shop in the Souq

The Souq (market) in Muttrah is a landmark which any discerning tourist can ill afford to miss. Typical Omani souvenirs that range from the Khanjar (the curved dagger), and silver jewellery to spices, frankincense garments and household items are available here. Bargaining is the norm. Apart from the unique shopping experience, what will enchant you are the ambience and the structure of the Souq that reflect distinctive
Arabic tradition. The tall arch that frames the entrance and the canopied roof made of palm fronds takes to a time and place from the Arabian Nights. For a leisurely shopping stroll, it is best to visit the Souq in the mornings or late afternoons when the crowd is minimal. The place gets busy after six in the evening. 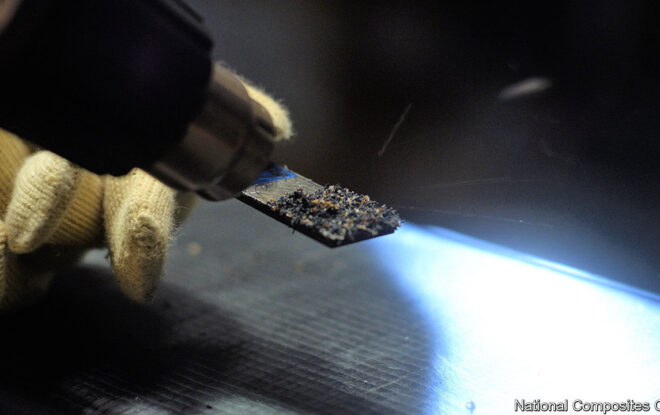 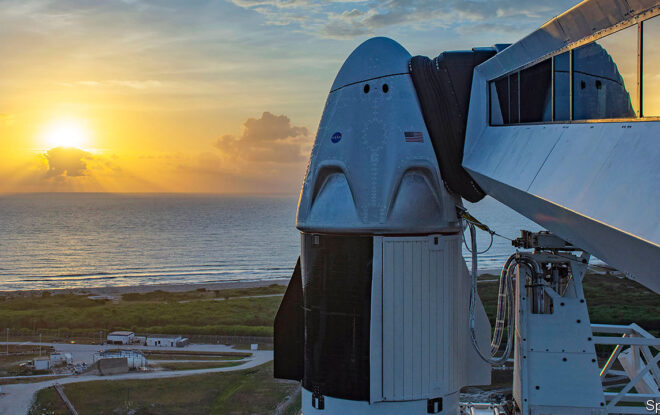 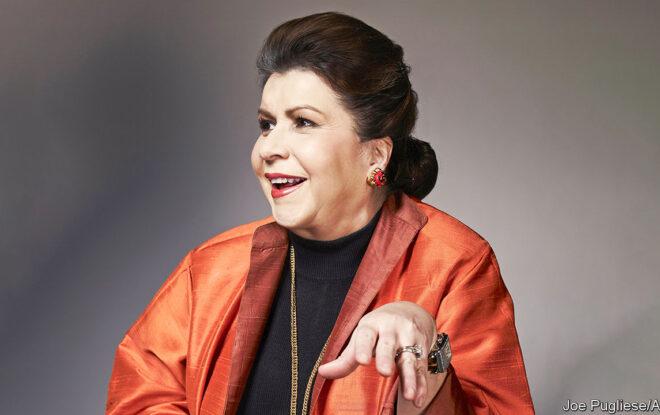 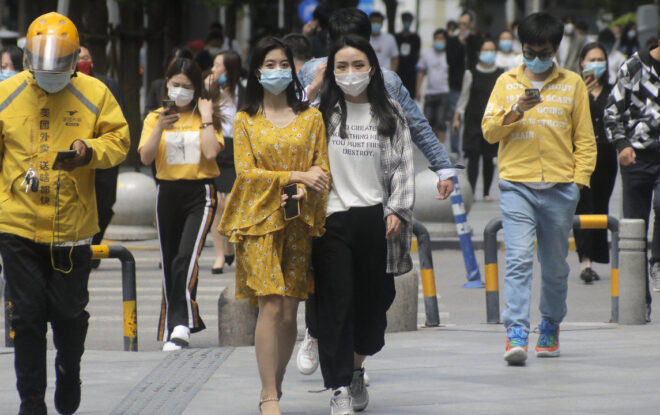 For the first time in 30 years, China has no GDP target

Gay people in Myanmar have adopted a secret language