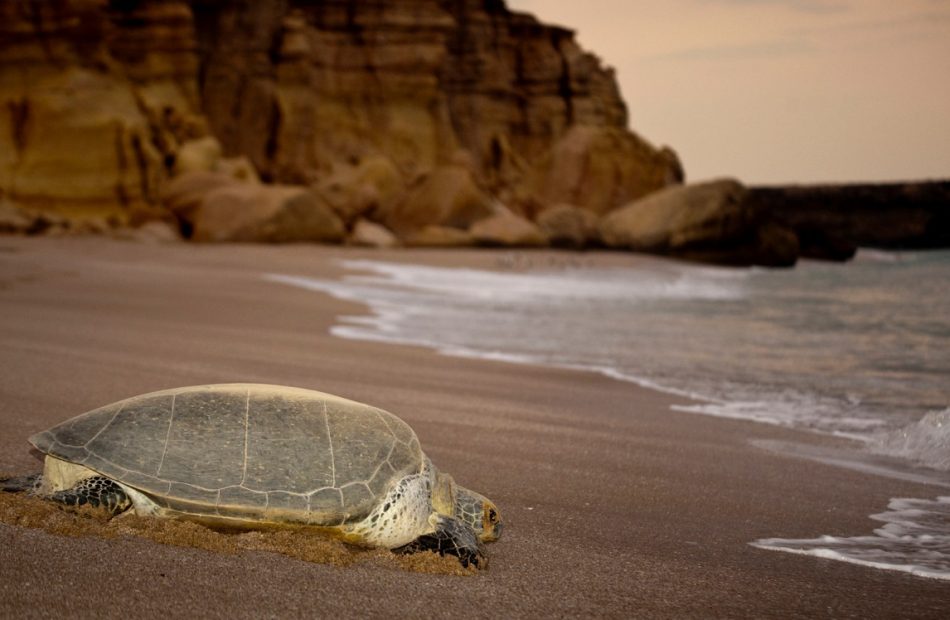 The beaches of Ras Al Had ,Ras Al Junayz and Masirah island are just some of the areas where several species of marine turtles come to lay their eggs. Green turtles, loggerheads, Hawksbill and leatherbacks live for over 100 years and swim the length and breadth of the Indian Ocean only to return every year to the same sites to lay their eggs. Many tour operators and hotels in Sur offer turtle visitation packages. It is necessary to acquire a permit to visit the official nesting sites as the turtles are protected as endangered species.

At night, these turtles carrying their heavy shells on their backs, drag themselves out of the water to the beach, and strenuously and with great difficulty, dig a hole in the sand using the tips of their paws so as to bury their eggs and then return to the sea. After about 55 days, the eggs hatch and baby turtles come out to start the most dangerous journey of their lives, trying to avoid hungry foxes, crabs and birds and push their way towards the sea where they can find safety in the waters. Watching the turtles’ night dash to the sea is among the most popular tourist activities.