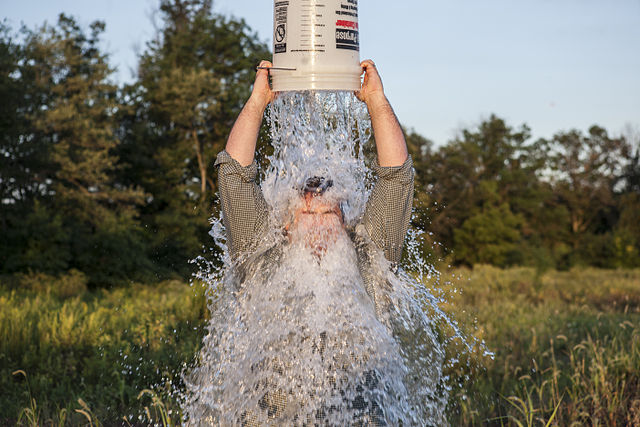 Published on Nov 25, 2020 by Anne The world is devastated by the news that Patrick Quinn, the co-founder of the ‘Ice Bucket Challenge’ has passed away on November 22. Only aged 37, lost his personal battle with Amyotrophic Lateral Sclerosis (ALS). This is a disease that causes damage to nerve cells leading to loss of muscle control.  Through him and his ALS advocacy, a much-needed spotlight has been drawn towards finding a cure for the disease affecting thousands all over the world.

An ALS Advocacy
Patrick Quinn was diagnosed with the motor neuron disease just a month shy of his 30th birthday. At the time, he had a promising athletic career in rugby. He understood that a lot of families are affected by ALS but the search for the cure had been slow.

(1/4) We are deeply saddened to share that Pat Quinn, co-founder of the ALS Ice Bucket Challenge passed away at the age of 37. Pat was diagnosed with ALS in 2013 and went on to help popularize the greatest social media campaign in history. pic.twitter.com/c5PiZHRZbE
— The ALS Association (@alsassociation) November 22, 2020

The Ice Bucket Challenge
Knowing that research for ALS needed funding, he and another activist Peter Frates (who also passed away from the illness in 2019) co-created the Ice Bucket Challenge which went viral online. They got the idea from pro-golfer Chris Kennedy. His wife’s cousin had a husband with ALS and did the challenge only intended for the family’s entertainment.
The Ice Bucket Challenge was a task where the participating individual would be dumping an entire bucket of ice to themselves. Then, they name another person to do the same challenge. Or, shying away from the challenge, they could donate to charity. The fundraiser became so relevant that it had participation with celebrities. This includes Bill Gates, Lady Gaga, George Bush, and even Oprah. Even the cartoon character Homer Simpson did the challenge as well. Most of these people both donated and did the challenge. All in all, the challenge helped generate hundreds of millions of dollars for related researches on ALS.
Support for People with ALS
If the two athletes, Pete Frates and Patrick Quinn, did not spread the challenge on social media, the status of ALS research may not be as it is now. The Ice Bucket Challenge changed the face of ALS. It became more talked about and less of a dreadful disease. It has even picked up government attention where the government focuses more investment on its research. As an effect, the challenge has significantly accelerated the fight against the illness. It was an inspiring thing to do that created such a huge impact not only for treatment research but for families all over the world affected by ALS.
Also read: Web Accessibility and Catering to Needs of Special Audiences

With the death of Arecibo, an era ends for radio astronomy

The World’s First 6G Satellite Has Been Launched By China