Dismayed and Disgusted Twitter Reactions to the US Capitol Riot 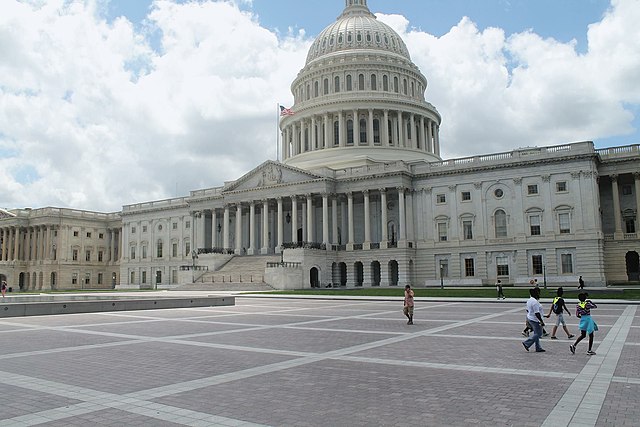 Published on Jan 8, 2021 by Anne The US Capitol Riot is the first in modern US history. Senators and lawmakers ran for cover as a mob of angry protesters overpowered Capitol Hill security during the tally of electoral votes. The reason – they do not want Capitol Hill to declare Biden as President of the US.
Trump’s fans and avid supporters have mixed reactions to the Capitol riot that happened on January 6th. Many of them condemn the riots, saying that mob violence was an extreme reaction to Trump’s electoral loss. However, they still believe strongly that Trump has no hand in these rallies.

An inside job, perhaps?

I wonder how come the security of such an event was so “tight”? I wonder if the people who caused the violence and trauma were really @realDonaldTrump supporters? Hmm, could someone else be behind all this? May be a question @JoeBiden #CapitolRiots #CapitalHill
— Mauvin Fernandes (@mauvinfedsgoa) January 8, 2021

A full hit against Trump

Pretty much unthinkable. Beyond disturbing. Infuriating. Frightening. A few had zip ties. Some of them were prepared to kidnap congressmen.
— #WearADamnMask (@GPSparty) January 8, 2021

I’ve been scared. I’ve been confused. I’ve NEVER betrayed the oath I took when I was in the USAF, to protect and defend the Constitution from all enemies, foreign and DOMESTIC (MAGATs). I’ve never taken up arms against my own government and I have NEVER committed #Insurrection.
— RESIST!!! Tom (@tommygun264) January 8, 2021

Many Capitol rioters could have serious mental health issues

So not only is the white Supremacy a major threat, even major concerning is the obvious mental health issues that many of Trump supporters have. Their delusion lead them to storm the Capitol some truly believing they were in the right, other clearly just wanted violence. #25th
— James Sullivan (@Jsul11235) January 8, 2021

So the people who started #BlueLivesMatter ended up being the ones who killed a blue life …….. pic.twitter.com/2TiWWf8Ddn
— suki (@sukisuzuki006) January 8, 2021

Unsupported by those they support

“I’ll be there with you” Trump said.
Instead he held a viewing party to watch.
And now many of them face 10 years minimum while he has so far got away with it.
Surely a Hollywood movie is already in the works!
pic.twitter.com/9ug3hNVWS0#Insurrection #25AmendmentNow
— Emran 🌐 (@Emran29902311) January 8, 2021

Resignation is an easy way out

I think JOSH HAWLEY from MO should resign effective immediately. He failed his probationary period. He’s an instigator. Remove him from office. #insurrection #IncitementToCommitInsurection https://t.co/mBVEFZw2UT
— Extremely Over the MOON🌙 (@cestmoisal) January 8, 2021

Proud, amused, and undisturbed by their criminality

The thing about many of these videos & photos with Trump’s insurrectionists: They’re so proud, amused, undisturbed by their criminality, as if they can do whatever they want, cause whatever damage, w/o consequences—just like their leader. Their amorality makes it all even worse.
— Steven Beschloss (@StevenBeschloss) January 8, 2021