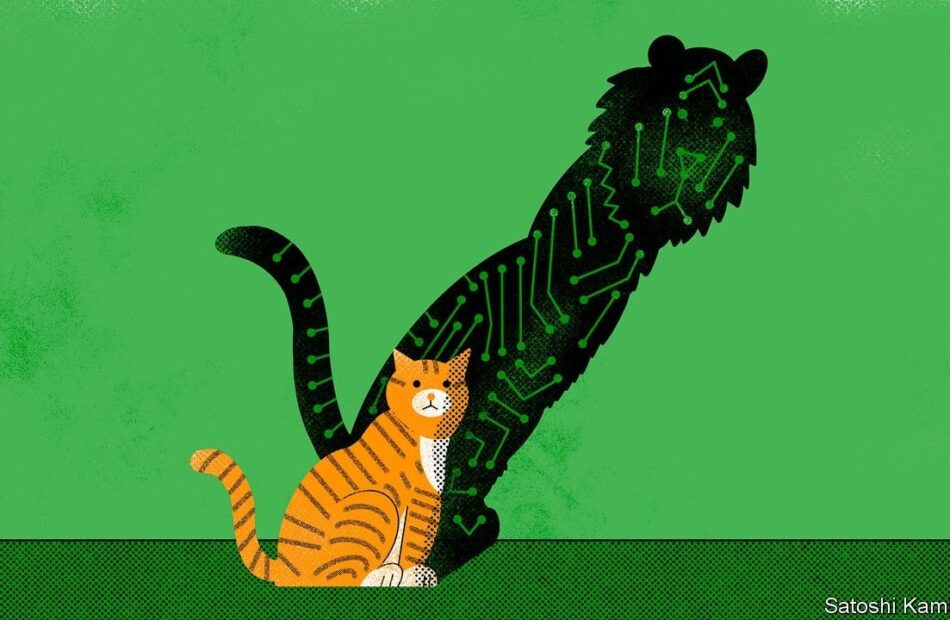 Jul 24th 2021IN FINANCE there are numbers people and stories people. Quants are archetypal numbers people: they only buy securities that fit statistical criteria. Venture capitalists are stories people. They have to be. They provide finance to technology startups that may have great potential but do not—or do not yet—have the numbers to back it up. Nothing speaks of potential quite like India with its vast, young, tech-savvy population. And no venture-capital story is quite as seductive as Indian tech.Listen to this storyYour browser does not support the element.Enjoy more audio and podcasts on iOS or Android.A flood of foreign money is washing into India’s startup scene. Flipkart, an e-commerce site, has just raised $3.6bn in a record-breaking funding round. There has been a wave of public listings this year, as fledglings take advantage of India’s buoyant stockmarket to raise capital and provide an exit for their venture-capital backers. The recent initial public offering of Zomato, a food-delivery firm, was heavily oversubscribed. Paytm, a much-touted payments app, is due to list soon.This burgeoning interest in India owes a lot to the diminishing appeal of China, whose tech firms are facing a regulatory backlash. To outsiders, India seems like a younger, more freewheeling China. Look closer, though, and it does not live up to the billing.Start with what is meant by Indian tech. An ideal tech startup would give investors exposure to a couple of important elements. One is entrepreneurship. India is a hard place to make a living in. Every proprietor of a kirana (a small shop) has to overcome obstacles that would floor MBA-educated managers in richer places. India’s tough business climate thus breeds a certain commercial flair, which its best startups exhibit. The other element is engineering chops. India’s computing talent is in design rather than patent-level technology, says a Bangalore-based tech investor. But it is a distinctive edge. Add a dash of venture capital to these elements and, with luck, the result is a company with a true competitive advantage that can be exploited in India and beyond.In practice, however, the Indian tech firms that draw attention belong to one of two types. The first carries out routine tasks on behalf of businesses in the rich world. The big names here are Infosys and Tata Consultancy Services, the mainstay of Tata Group, a family-owned conglomerate. They are not purely tech; you might think of them as engaged in tech-enabled wage arbitrage. The second type is the copycat firm. These are versions of American or Chinese tech businesses that require an on-the-ground presence in the markets they operate in. So Flipkart is the Indian Amazon; Ola is the Indian Uber; and Paytm is the Indian Alipay. Much of the current enthusiasm is for copycat firms. This is a story that investors who are fairly new to venture capital seem happy to buy into. If a business model has made money for others elsewhere, it can make money for them in India.But can it? Flipkart was founded in 2007 by two software engineers who had worked at Amazon. The e-commerce market was then wide open. It isn’t anymore. Amazon itself entered the Indian market in 2013. India’s old conglomerates have woken up to the fact that their consumer franchises might be upended by startups. Reliance, one of India’s big business groups, has invested heavily in telecoms and broadband, and has a large network of supermarkets. Incumbency is an especially powerful force in Indian business. With it comes the lobbying power to tilt regulations in your favour.That is not the only hole in the story. India has a population that is similar in size to China’s. But it is a lot poorer. Average income per head is around $2,000 in current prices, compared with more than $10,000 for China. The average figure in India masks a hefty skew towards a wealthy elite. The vast majority of India’s workforce is not in formal employment and earns far less than the average. And despite the odd burst of impressive GDP growth, India is not obviously on a path to follow China’s rapid economic development. Its addressable market is a lot smaller.India has undeniable strengths, too, of course. Its computing and commercial talent makes it natural territory for venture capital. The potential to spawn game-changing startups is there. But the money flowing into venture capital worldwide is not really seeking originality. Like a Hollywood producer, it prefers to back variants of ideas that have already been hits. India is a decent story, but only a few will make decent money from it. The numbers just don’t add up.This article appeared in the Finance & economics section of the print edition under the headline “A tiger’s tale”

The private sector starts to invest in climate adaptation 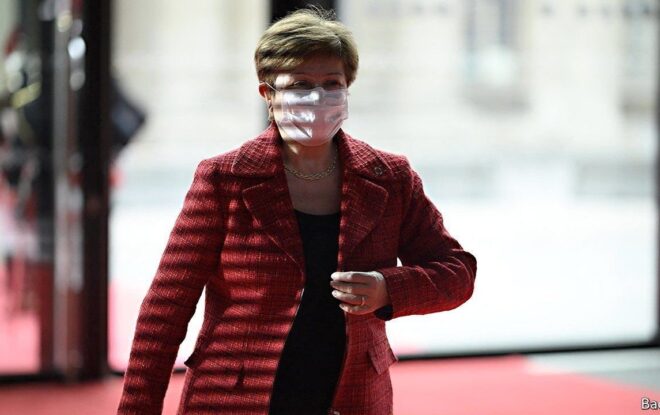 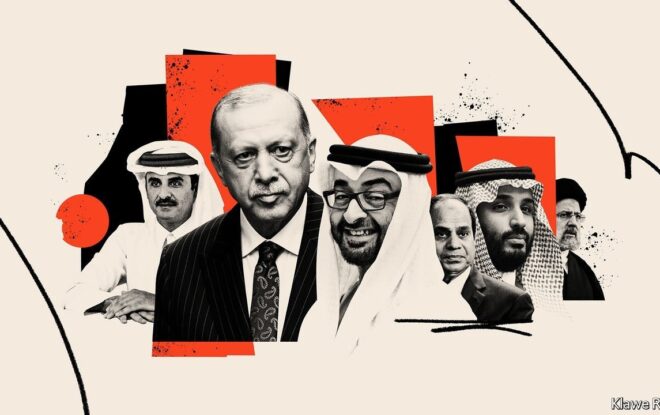 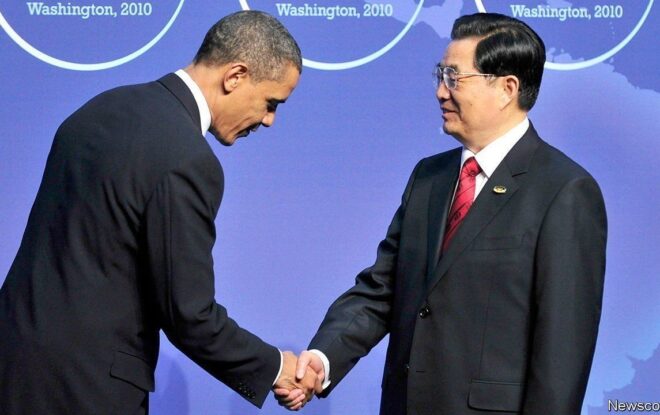 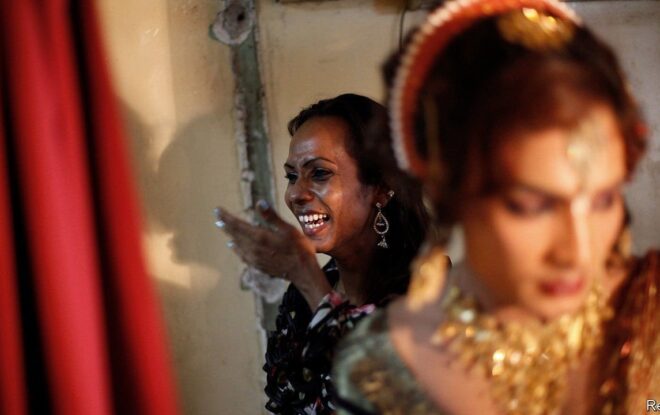 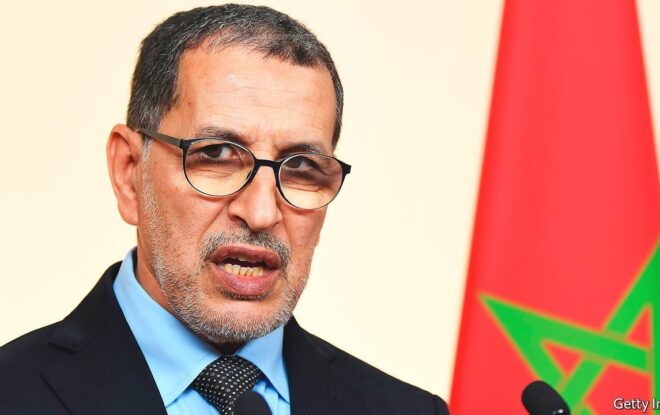 What next for Islamists in the Arab world?